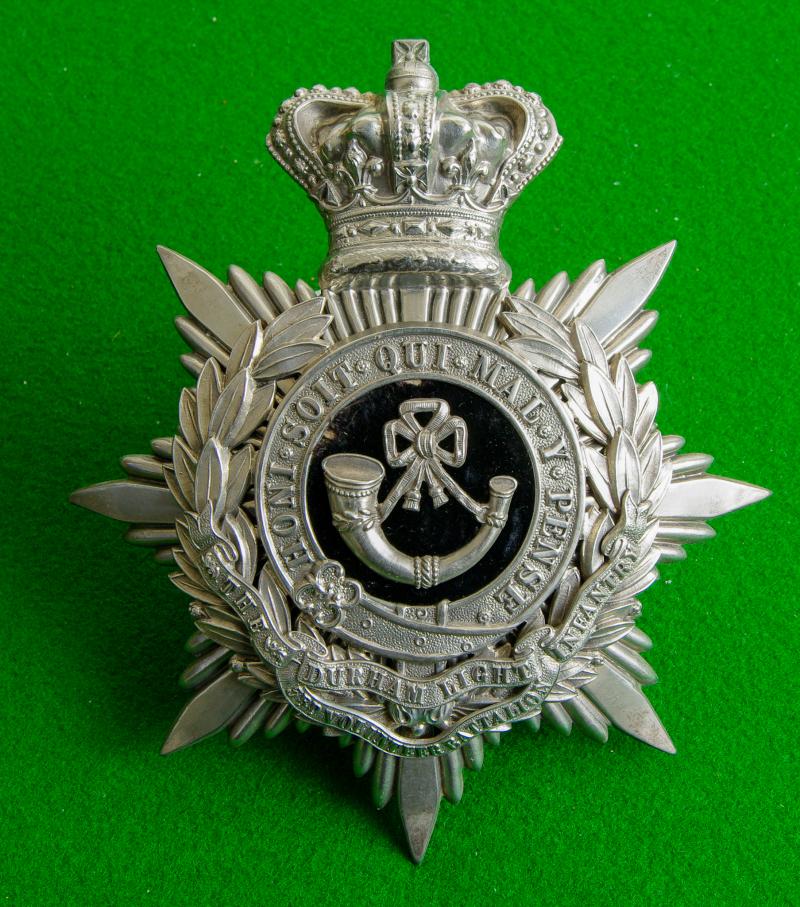 Fine quality victorian officers home service helmet plate with three loops to the reverse. A strung bugle horn on a black background to the centre of a Garter Strap within a wreath of laurel that carries double title scrolls, " The Durham Light Infantry " and " 3rd. Volunteer Battalion " all mounted upon a multi-rayed star plate. { 3rd. Volunteer Battalion - Sunderland } read more 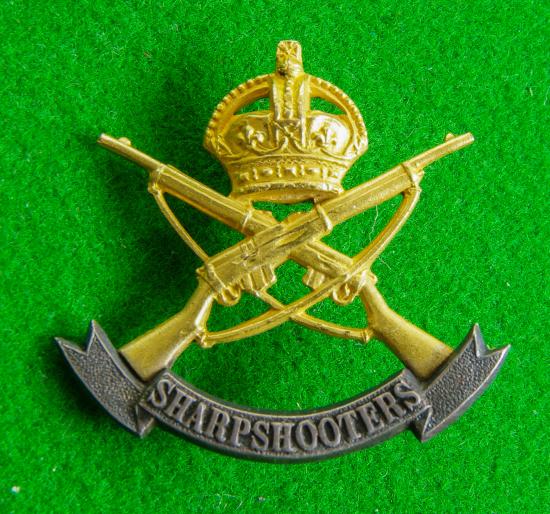 Superb quality officers silver gilt cap and collar badge. A pair of crossed rifles above the scroll, " Sharpshooters " surmounted by the crown. { Officially worn on the officers collar, but many photographs show it also worn on the forage cap.} " Uniforms of the Yeomanry-by Barlow and Smith -page 2 and end pictures } read more 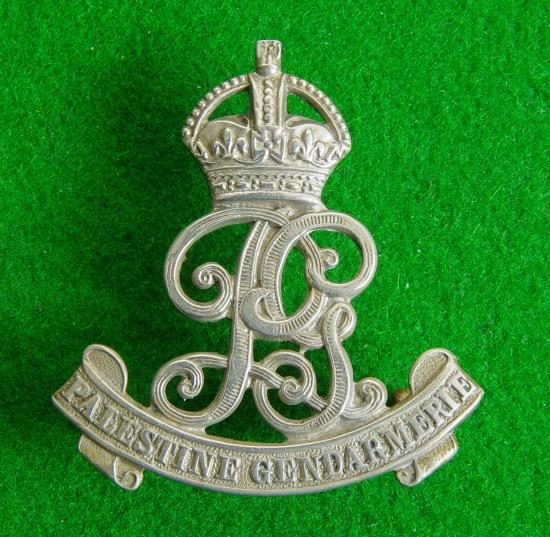 Rare white metal king's crown cap badge with three loops and makers details for Gaunt London to the reverse. The " P G " cypher above the title scroll surmounted by the crown. Worn only from 1922-1926. read more 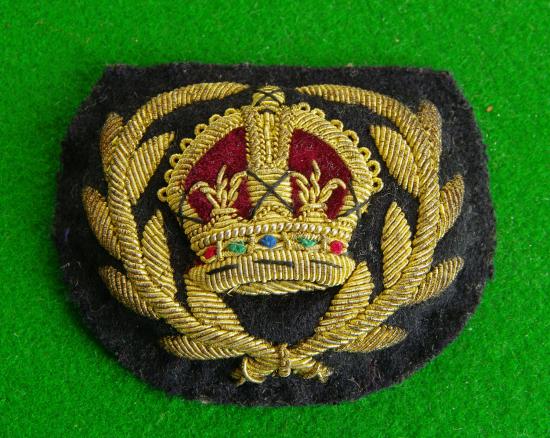 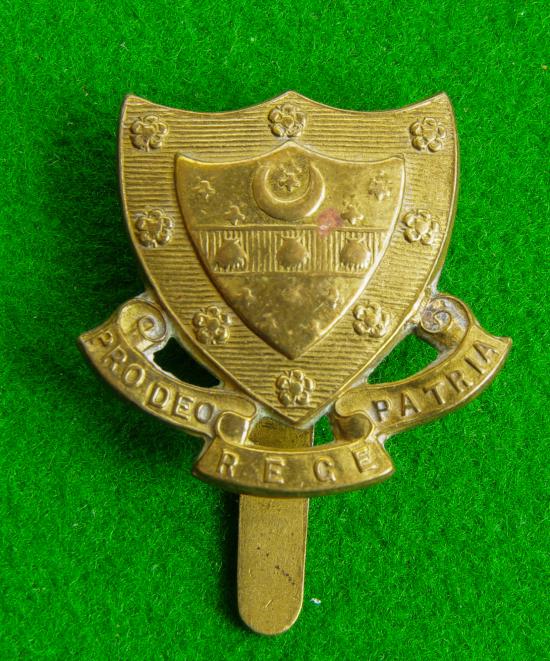 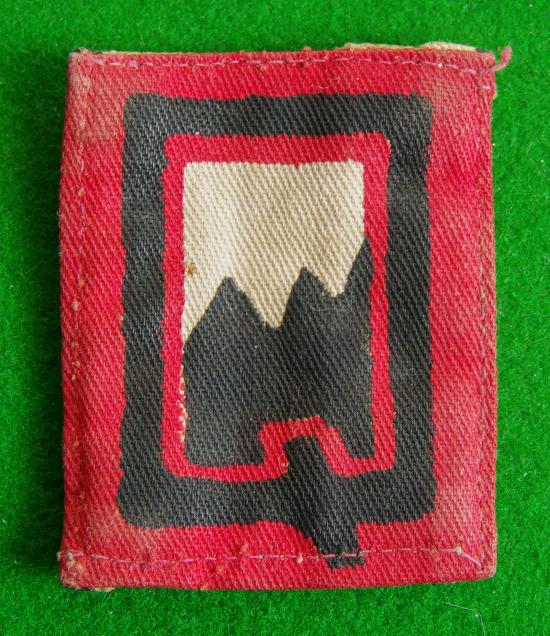 Scarce WW II printed example of the large black letter " Q " with a mountain range to the centre on a red background with " Hooks and Eyes " to the reverse. This Division was originally part of the Eastern Army fighting in the Arakan before 14th. Army was formed. The letter " Q " represented Quetta were the Division was formed, overlooked by the mountain, " Takatu "  read more 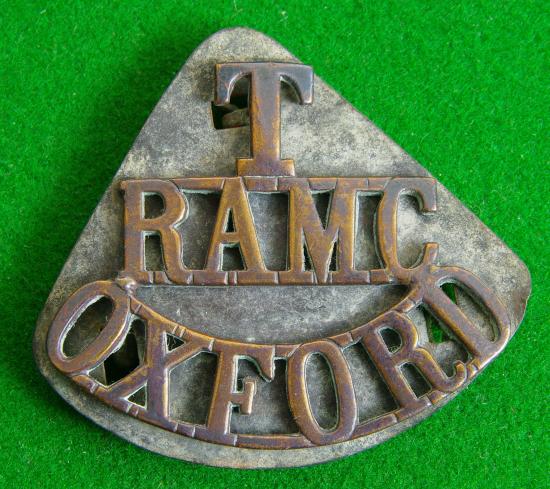 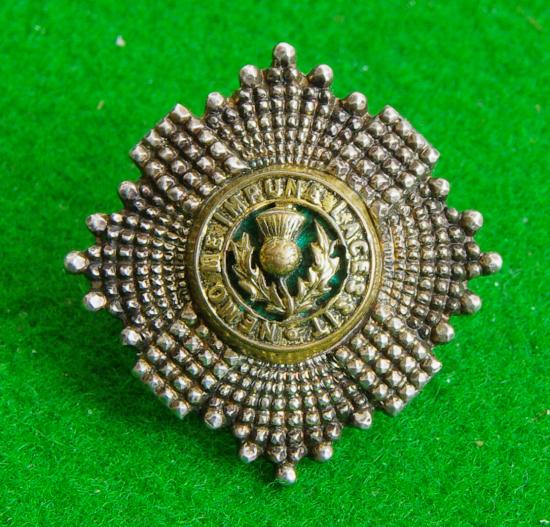 Officers service dress very small pattern silver gilt and enamel cap badge with two loops to the reverse. The Star of the Order of the Thistle. read more 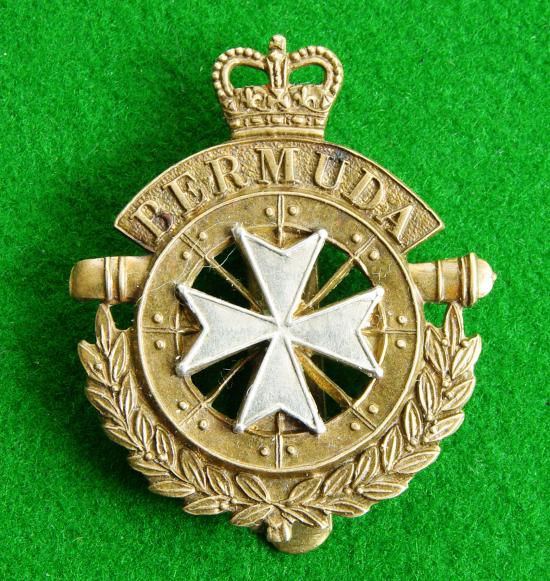 Queen's crown bi / metal cap badge with slider fitting to the reverse. A maltese cross upon the wheel and barrel of a field-gun above a half-wreath of laurel surmounted by the crown and " Bermuda " scroll. read more